I have followed the progress of the Convention of States movement with great interest since it first launched in 2013. For those not familiar with the legal context for an Article V Convention or States, or for those who have learned most of what they think they know from the legacy media, I encourage you to visit the CoS website to get the story from the source.

When the movement first started, political elites scoffed at the notion that we the people could actually use the plain text of the Constitution to take our power back. As of today, 15 states have already passed CoS resolutions, while 8 others have seen resolutions passed in one legislative house, and another 16 have legislation active in this current session. The Constitution stipulates that a Constitutional Convention must be held, once 34 states have passed resolutions to authorize one.

Despite being supportive from the very beginning, even I have been skeptical of states finding the backbone to bring a convention to life. Not only am I becoming more optimistic that success is within reach, the tone of corporate media coverage of the movement has begun showing a level of animosity that can only reflect a growing panic among the political elite that the unthinkable may soon become reality. The peasants are revolting, and that's not just Mel Brooks talking.

With the possibility that we might see tangible proposals for amending the Constitution coming from those of us outside the beltway, I wanted to take the opportunity to propose a few of the amendments I think are critical to restoring American greatness.

Despite the long perpetuated myth that the 17th Amendment, allowing for the direct election of United States Senators, was some sort of victory for democracy, serious observers generally agree that this delusion could not be further from the truth. Altering the method by which Senators are elected had nothing to do with expanding democracy and everything to do with stripping the states of any power they might have to resist the dictates of a more muscular federal government. Woodrow Wilson notoriously despised the Constitution's protections of the power of states to defend the rights of their citizens against federal dictates. He was convinced that the experts in Washington would always know better what was best in every case, and that local ignorance should not be allowed to stand in the way of progress.

The following amendment is intended to heal this self-inflicted wound:

The seventeenth article of amendment to the Constitution of the United States is hereby repealed.

Upon ratification of this amendment, the election of United States Senators shall be remanded to the exclusive authority of the legislatures of the several states, as provided in the original text of Article I, Section 3.

The voting shall be public, and each legislator shall openly declare the candidate for whom his or her vote is cast.

Each citizen may petition his or her state legislator(s) to support or oppose any candidate, however, no public balloting shall be allowed to replace or constrain the voting of the legislators for the office of United States Senator.

Like the Senate, the office of the President was intended to balance the competing interests of state and federal authority. The Electoral College exists precisely to ensure that less populous states have some modicum of protection from a majoritarian tyranny in the selection of the nation's executive. Unfortunately, the Electoral College has proven a half-measure in providing this protection, since the method of selecting electors was left to individual states to determine. During the first half-century of the republic, most states maintained the practice of allowing state legislators to name electors to the Electoral College. But because the U.S. Constitution was silent on the issue, states eventually succumbed to popular pressure to conduct public elections to name electors.

With one voice, the left in America now rails against the Electoral College and argues for its abolition. In truth, the Electoral College no longer provides its fully intended measure of protection against blind majoritarianism. But far from abolishing the institution, our best hope for restoring the integrity of our federal system is to close the gap the framers left in the electoral process and ensure that the votes cast in the electoral college adequately reflect the will of the states, not the will of the donor class.

The President of the United States shall be chosen by the Electoral College, as provided in Article II, Section 1.

On the Tuesday following the first Monday in November, electors shall be selected by a vote of the legislators in each state.

The voting shall be public, and each legislator shall openly declare the candidate for whom his or her vote is cast.

Each citizen may petition his or her state legislator(s) to support or oppose any candidate, however, no public balloting shall be allowed to replace or constrain the voting of the legislators for the office of the President of the United States.

In the event that a state's legislature is unable to agree upon the selection of a single candidate by the date scheduled for election, the Governor of that state shall name the candidate to whom the state's electors are pledged.

Recent talk of court packing has underscored the vulnerability of the Supreme Court to partisan political meddling. So long as any slim, temporary majority of partisan politicians can install a handful of similarly partisan jurists into lifetime appointments, there is no solid ground from which the integrity of the Constitution can be defended. The below amendment is written not only to prevent future attempts at court packing, but to also remedy the damage inflicted by any court packing exercise conducted prior to its ratification.

The effect of this amendment is to limit the size of the United States Supreme Court to no more than nine justices.

Upon ratification of this amendment, any sitting Justice whose confirmation produced a Supreme Court panel of greater than nine justices will be immediately removed from the court and barred for life from further service on the federal bench.

Upon ratification of this amendment, any rulings issued by a Supreme Court panel comprised of greater that nine justices, or by a panel that includes a justice removed by the above provision, are immediately and irrevocably vacated. Likewise, any subsequent District, Appellate or Supreme Court ruling predicated upon the substance of such vacated rulings are themselves likewise vacated.

Reaffirming the Right to Bear Arms

Intellectually honest students of American history recognize three very important truths about the origins and intent of the Second Amendment.

A universally well-armed population being necessary to the security of a free state, the right of the individual citizen to keep and bear arms suitable for use in military conflict shall not be infringed.

New States may be admitted by the Congress into this Union; but no new State shall be formed or erected within the Jurisdiction of any other State; nor any State be formed by the Junction of two or more States, or Parts of States, without the Consent of the Legislatures of the States concerned as well as of the Congress.

At no time in our history did this arrangement represent the threat to the integrity of our federal system that it does today, but these are not normal times. Throwing aside any vestige of respect for American norms and traditions, a razor thin majority in Congress has undertaken an effort to manufacture future electoral majorities by admitting both the District of Columbia and the island of Puerto Rico as new states. The following amendment would prevent such brazenly partisan attempts at electoral jury rigging, by requiring that the states themselves consent to the addition of new members to their ranks. The proposed amendment reads as follows:

The admittance of New States into this Union may be proposed by the Congress; but no new State shall be formed or erected within the Jurisdiction of any other State; nor any State be formed by the Junction of two or more States, or Parts of States, without the Consent of the Legislatures of the States concerned as well as of the Congress.

Congress having proposed the admission of a New State into the Union, such admission must be approved by the legislatures of a majority of the states comprising the Union a the time of the proposal.

If a period of five years has elapsed since the proposed admission of a new state, and a majority of the state legislatures has not approved the admission, then the proposal is withdrawn.

Once withdrawn, any new proposal of statehood shall require approval by a majority of the state legislatures convening after the date of the new proposal.

Doubtless, there are many other amendments likely to be discussed and debated at a convention, but in my view, the above would have the greatest chance of restoring our nation to the best conceived elements of its founding. 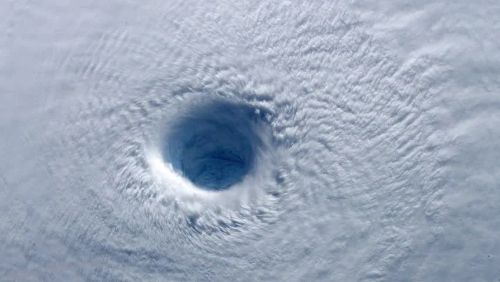 Hard times breed strong men. Strong men build good times. Good times spawn weak men. Weak men beget hard times. All of this has happened before. All of this will

Once upon a time, there were some things about which Americans all agreed. At a time when we seem to agree on almost nothing, this film shouldn't just be nostalgiac.